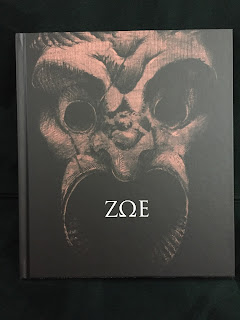 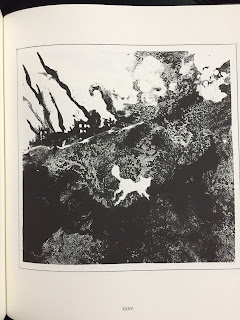 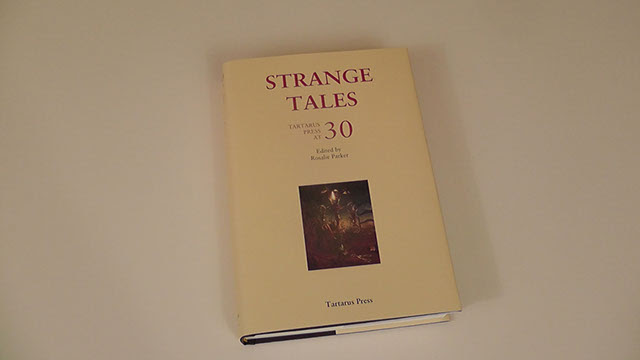 I'm very happy to announce that a story of mine has been included in this celebration of 30 years of Tartarus Press, alongside work by Mark Valentine, Reggie Oliver and many others. Get your copy here: 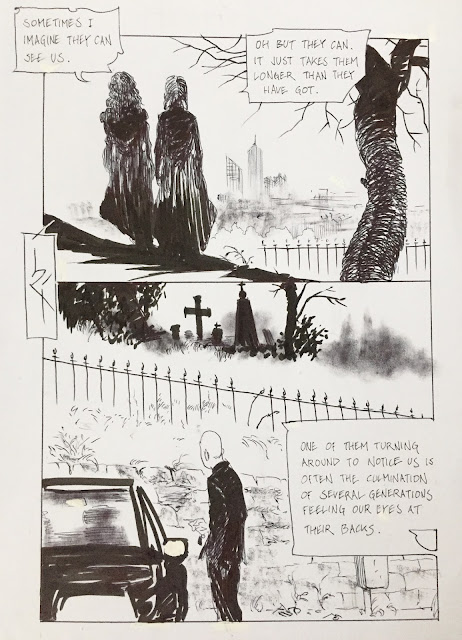 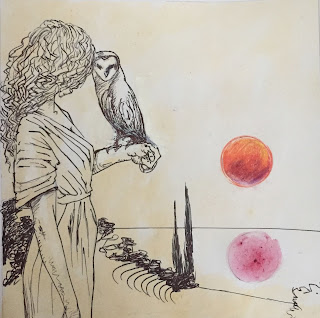 The Golden Key by Marian Womack ( Titan Books )
Four stars out of five.

What? So now this has turned into a review blog? Well, it's my blog, & anyway my findings are useful enough in regards to my own practice that posting them here seems in keeping with the spirit of the ( ghostly remnants of ) this place's original intentions, viz: to keep a record of hopefully some kind of artistic progress, & to maintain meanwhile a haphazard catalogue of things tangentially of importance to the process, a bric-à-brac of road signs and dead ends and detours. & reading this book was an especially delightful detour.
Honestly, i'll start with the breathless recommendation right out the door: if you like period-piece atmospheric crime stories with a whiff of the Weird and Gothic, this one accomplishes what took something like Susanna Clarke's Dr. Norrell & Mr. Strange double its length to ( occasionally ) evoke.

Synopses and spoilers are easily found elsewhere. Let it suffice to say that the novel concerns the investigation by one Helena Walton-Cisneros into the disappearance of three girls on the Norfolk fens at the time of Queen Victoria's death. There are mesmeric séances, mysterious figures and green lights in the roiling mists, strange fungi & shady goings-on in London parlours & streets.

The language is precise but evocative, modern but poetic; it does not try to 'Victorianize' through archaisms or thesaurus-rifing. The protagonist's attitudes- towards mysogyny, slavery, ecology- sound very modern too, but her voice is so deftly written that not for a moment do these sentiments feel like preachy anachronisms. In fact, it accomplishes the contrary: it opens one's eyes to the fact that many despicable and harmful ideas are only thought of as being 'merely exemplary of the general thinking of the time' because the histories and fictionalizations of such histories have always been written by the very ones who espoused those ideas. "Slavery was normal back then." Really? Well, to the slave it wasn't. Never was. It was an atrocity, all the time, all along. Likewise the treatment of women, likewise the treatment of the planet.
Being able to retroactively give voice to the voiceless simultaneously points to the political and social responsibilty of writing and affirms the mediumistic nature of the craft. And this, in a supposed escapist mode.

The story takes its time, seeming at first to waver between the rational & the supernatural . But it's all clever legerdemain. While the reader is still awaiting the moment when ( in the fashion of certain venerable strands of the original Gothic ) all otherworldly occurrences will be explained away by our sleuthing heroine, said heroine has all this time been making up her mind to allow the Weird its place in her investigation. In fact, the reader is continually one step behind smart Helena Cisneros and behind the equally smart narrative; the author doesn’t front-load every scene with information; settings slowly unfold with accumulated description; the reader has to catch up with the characters; things -as befits an investigation story- become clear only when the ambiguity increases.
The same approach is echoed throughout the book's entire structure: there is an epilogue which offers the kind of atmospherics & mystery that lesser writers would have kept at the beginning. I found it curiously rewarding to end in ambiguity instead of starting there. I have seen some ( otherwise glowing ) reviews take issue with other aspects of the book's structure ( new characters or plot thread introduced unexpectedly, jumping around locations, containing so many elements it threatens to spin out of control ) but these characteristics, for me, only increased the respect i felt for the firm authorial hand that dared allow this apparent looseness.
All stories should feel like they could spin out of control any moment.

BLACK IS THE COLOUR

"For now had come that moment, that hesitation when dawn trembles and night pauses, when if a feather alight in the scale it will all weigh down. One feather, and the house, sinking, falling, would have turned and pitched downwards to the depths of darkness."

"She could see it all so clearly, so commandingly, when she looked: it was when she took her brush in hand that the whole thing changed. It was in that moment's flight between the picture and her canvas that the demons set on her who often brought her to the end of tears and made this passage from conception to work as dreadful as any down a dark passage for a child. Such she often felt herself-struggling against terrific odds to maintain her courage, to say: 'But this is what I see; this is what I see,' and so to clasp some miserable fragment of her vision to her breast, which a thousand forces did their best to pluck from her."

"Still the risk must be run; the mark made."

Virginia Woolf, To The Lighthouse

So Not Over It 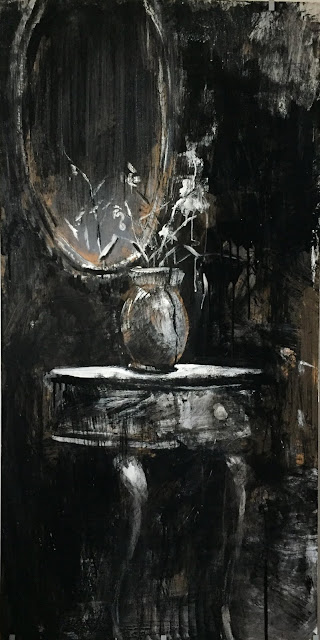 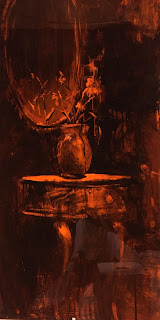 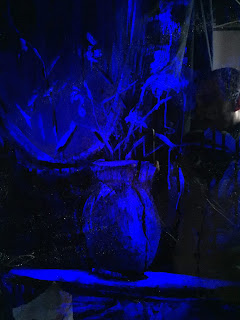 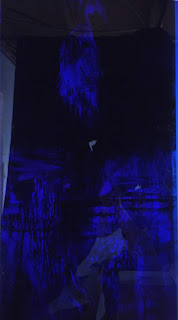 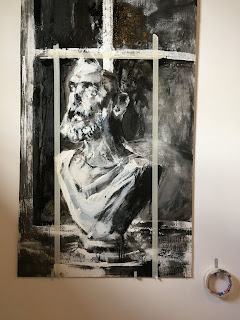 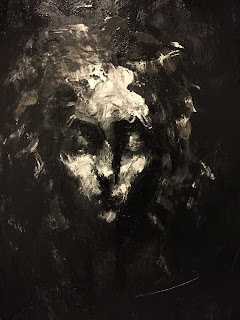 While working on my adaptation of Jean Ray's Malpertuis, i made a lot of false starts with sequences just aimlessly prowling about the hallways & surrounding grounds of the eponymous mansion, taking atmosphere shots; most eventually ended up on the cutting room floor. These paintings are an attempt, in a sense, to have my cake after eating it, and consitute a kind of inverse prefatory sketches. There is a ( for my purposes at least ) crucial line in Ray's book- "When all these people are dead I will marry you"- and ideally the adaptation would have been a tour of the empty house after this union had been attained. But there were other considerations that prevailed.

*
At one point i decided it would be nice to have the paintings reflect some of the German expressionist film aesthetic we all know & love so much, by 'tinting' them through the use of coloured plexiglass the way Dreyer and Murnau used tints for dream scenes. It would also neatly obscure the mark-making process of the paintings and give them a finish at odds with their looseness. But this brings with it the problem how to place the plexiglass over the painting; i would have to frame them & frames, as we all know, are old-fashioned and ungainly things. We look at things through other things all the time these days. We need less framing, not more.

I remember when studying painting i frequently incurred the ire of my teachers by cropping, i.e. sawing off, the parts of the painting it didn't need. This, i was told, was not how to compose; i ought to have planned better. Go tell it to film editors or to novelists chopping up their third drafts. The way i see it, this is exactly what composition means.